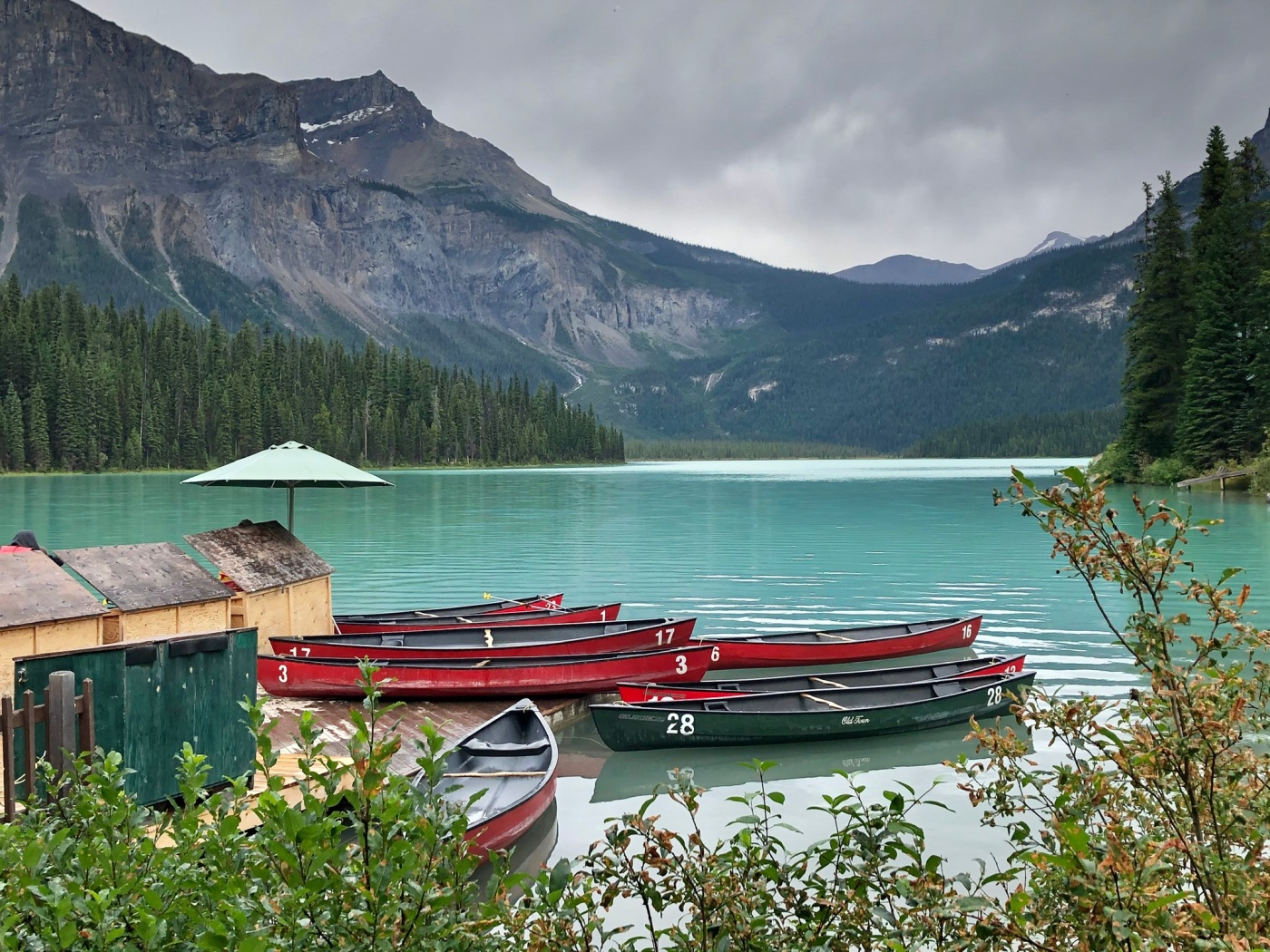 Driving east on Hwy 1 in British Columbia, as you get closer to the Alberta border, you will pass through three national parks with impressive mountains and beautiful lakes…Mount Revelstoke, Glacier, and Yoho. You could easily pick one and spend a week there exploring trails and enjoying views. However, if you are on your way to a destination farther away, then here’s a few stops to make in Yoho National Park that will only add a couple of hours to your driving time. The locations are listed from west to east along the highway.

About 45 minutes after leaving Golden, heading east, you will see the turn-off for the Natural Bridge and Emerald Lake. This should definitely be part of your itinerary and a great place to start to discover the beauty of this park.

The Natural Bridge is situated along the Kicking Horse River, which was named in 1858 by a lead surveyor who was sent with the support of the British Government and the Royal Geographic Society to explore this area of western Canada. His pack-horse may not have been impressed by the churning water of the river, as it supposedly kicked the surveyor, who then named the river because of this incident. The rock bridge found here has been formed by the rushing water, which would have once been a waterfall spilling over the rocks. Today, because the softer rock below has eroded more quickly, the water flows under the hard limestone which forms the bridge.

Once you’ve looked around here, continue up the road to Emerald Lake…truly a gem in this park and definitely a site not to be missed. It is often busy here, and parking might be a problem, but don’t let that deter you. You can park along the side of the road and walk up to the lake. When you spot the colour of the water here and the gorgeous surroundings it will take your breath away!

Even though the day was a bit overcast, it didn’t take away from the stunning colour of the lake, or the desire to just stand and soak it all in. There is a resort located here and I can only imagine how wonderful it would be when the tourists have gone for the day and all that’s left is the peaceful sound of the water hitting the shoreline. You can rent canoes here, or hike along the side of the lake and find a spot to just enjoy this beautiful place.

After spending some time here head back down to the highway and continue east just past the city of Field. From here it is about 25 minutes to Takakkaw Falls…your next stop. Once you have turned off the highway the road to the falls is about 14 km and has spectacular views, as well as a lot of curves and a couple of switchbacks, making this road not recommended for longer rvs, motorhomes, or trailers.

Takakkaw, means “wonderful” in Cree language, and these falls don’t disappoint! They are the second tallest in Canada…making it a worthwhile detour off of the main road!

Before you leave Yoho Park and get to the border separating British Columbia and Alberta it’s worth making one more stop. The Lower Spiral Tunnel Viewpoint along the highway. This tunnel, as well as the Upper Spiral Tunnel, was created as a way for the trains to navigate the imposing “Big Hill” found here at the Kicking Horse Pass.

When British Columbia joined Canada in 1871 it was with the condition that a train route would be created to this province, and onward to the Pacific coast. Unfortunately, grade on this hill was too steep for a rail line, and so an engineer modeled the tunnels after a system used in Switzerland.

Instead of a train having to make the steep incline up the hill, or risk derailing going down the hill (yes it happened when they first tried it), the train passes under two mountains where it spirals around inside each of them before emerging either higher or lower depending on the direction it was headed. If you are lucky you might catch a train as it travels into the tunnel and back out again.

This train was actually going west and so it had been through the Upper Spiral Tunnel loop and was now going through the Lower Spiral Tunnel loop. Once it had completed both loops the train was just over 100 feet lower than before it entered the tunnels. An eastbound train would gain just over 100 feet without having to make the steep grade through the mountains. Quite an engineering feat…and one that has given this location a National Historic Site of Canada designation.

You could definitely spend more time exploring Yoho National Park. There is the town of Field to wander around, Wapta Falls to hike to, and the Burgess Shale Fossil Site guided tour (which is unfortunately not operating this year because of COVID). However, with a couple of hours added to your drive, you can definitely see the sites I’ve listed here.