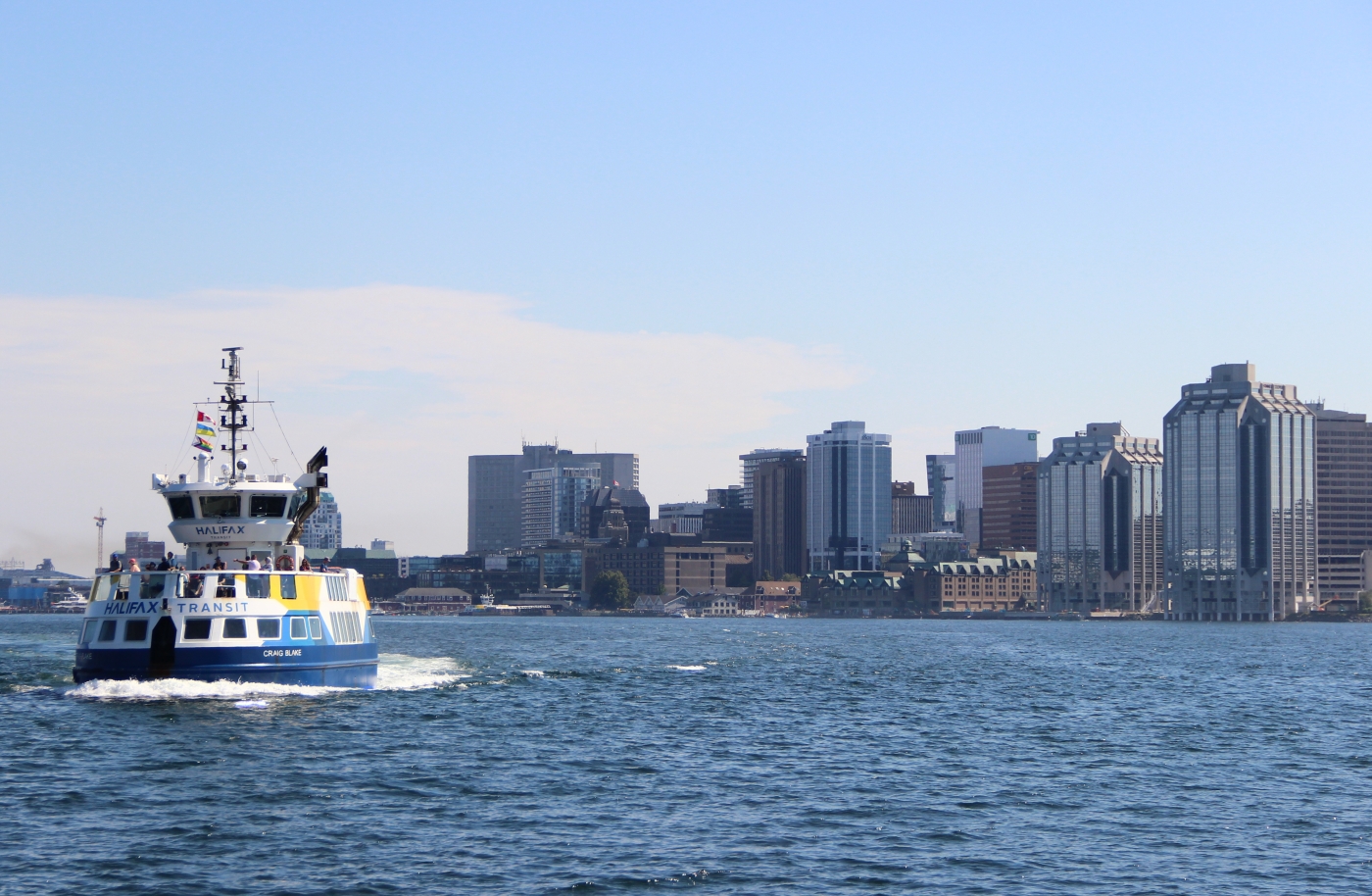 Recently we took a short trip to Eastern Canada and spent some time in Halifax, the capital city of the province of Nova Scotia. This city won us over with its rich history, its beautiful harbourfront, and its pretty heritage buildings.

Halifax was first settled by the Mi’kmaq, a First Nations people that made their home in Atlantic Canada. In the early 1600’s French settlers came to the area and established the area of Acadia which included most of what is now Nova Scotia and New Brunswick. In the mid 1700’s the British arrived and tensions between the already established Mi’kmaq and French people, and the newly arrived English settlers, led to war. The British built the Halifax Citadel (link here) to help gain control, but tensions between the groups would continue until 1761 when a peace treaty was signed. A great way to begin any trip to Halifax is to check out the citadel and discover some of this city’s diverse history.

After visiting the Citadel head down the hill towards town and enjoy the view of the city as well as the Halifax Town Clock, built in 1803 to keep time for the soldiers stationed at the fort.

Continue down the hill to the town square where you will find the city hall, as well as the oldest building in Halifax, St. Paul’s Anglican Church.. The church, which held its first service in 1750, is based on the design of St. Paul’s Church in London. It is not only the oldest building in Halifax, but the oldest Anglican church in Canada. The walls and pillars are covered with memorial plaques, engraved tablets with prayers written on them, and colourful flags and crests. During the Halifax Explosion the church did not sustain any major damage and it became a center of relief for survivors. The church is open during the week and free guided tours are offered during the summer months.

At the beginning of the twentieth century, the city of Halifax made the headlines for two separate disasters. The first disaster was the sinking of the Titanic in April 1912. Halifax was the closest city to the tragedy and therefore became the center for recovery operations. Two ships from the Halifax harbour were sent to search for bodies in the area of the Atlantic Ocean where the sinking occurred. Only 334 bodies were recovered from the water and 150 of those were buried in Halifax cemeteries. Fairview Lawn Cemetery, the resting place of 121 Titanic victims, is located close to the downtown area and is a very moving experience. The number on the gravestone represents the order of when the body was found.

The layout of the tombstones is in the shape of the hull and walking amongst them can be overwhelming as you read the inscriptions of the passengers and crew that lost their lives on that tragic night. Some of the graves remain unmarked, while others over the years have now been identified. One grave in particular stands out…a child named Sidney Goodwin from England. At the time of the disaster the name of the child was unknown, however 95 years later DNA was able to identify the body by using a pair of shoes that were found and are now on display at the Maritime Museum of the Atlantic.

The Maritime Museum of the Atlantic has a very informative display about the Titanic, as well as the Halifax Explosion, the second disaster that Halifax had to contend with in the early 1900’s. On December 6, 1917 two ships collided in the Halifax harbour. A Norwegian ship carrying supplies back to Belgium collided with a French ship carrying explosives. The French ship caught fire and at 9:04 an explosion occurred that destroyed an area of Halifax of approximately two square kilometers, killed more than 1600 people and injured over 9000.

The Halifax Explosion caused a tsumani in the harbour, as well as fires throughout the city. The blast shattered windows as far away as 80 kilometers and pieces from the ships were found over 3 kilometers from the explosion.

Make sure you plan to spend a couple of hours at the Maritime Museum of the Atlantic which is located at the Halifax harbourside. After you have finished exploring the displays, head outside and take a stroll along the promenade beside the water. There are numerous cafes, restaurants and shops where you can grab an ice cream, sit and have a drink and a meal, or purchase some souvenirs to take back home.

Another fantastic place to take a walk is the Halifax Public Gardens. This 16 acre garden was opened in 1867, the year of Canadian Confederation, and it was declared a National Historic Site in 1984. These gardens are considered the only true Victorian-styled garden in North America. The gardens host events throughout the year and on Sunday afternoons during the summer months you can sit and be entertained by free concerts from the bandstand.

One of the most enjoyable things that we did in Halifax was just wander the streets and admire the attractive heritage properties. Residences, offices, and storefronts have all been preserved in Halifax and the variety of buildings is impressive.

The Historic Properties, in downtown Halifax, is a collection of former storehouses and shops that were used for cargo being offloaded from ships in the harbour. This area was built in the early 1800’s and became a hub of activity for seafarers looking to buy and sell products. Today it is a collection of shops and restaurants…and photo ops!

We loved our visit to Halifax and I’ve only just touched on a few things that this vibrant city has to offer. As well as its incredible history, its scenic harbourfront, and its attractive heritage buildings, we also found the food was fantastic! Here are a few places that we would recommend…

McKelvie’s Restaurant on Lower Water Street….they have a cute patio tucked away at the back

The Bicycle Thief…it was suggested we try it, but it was always busy when we walked by

If you make it to Halifax…enjoy!