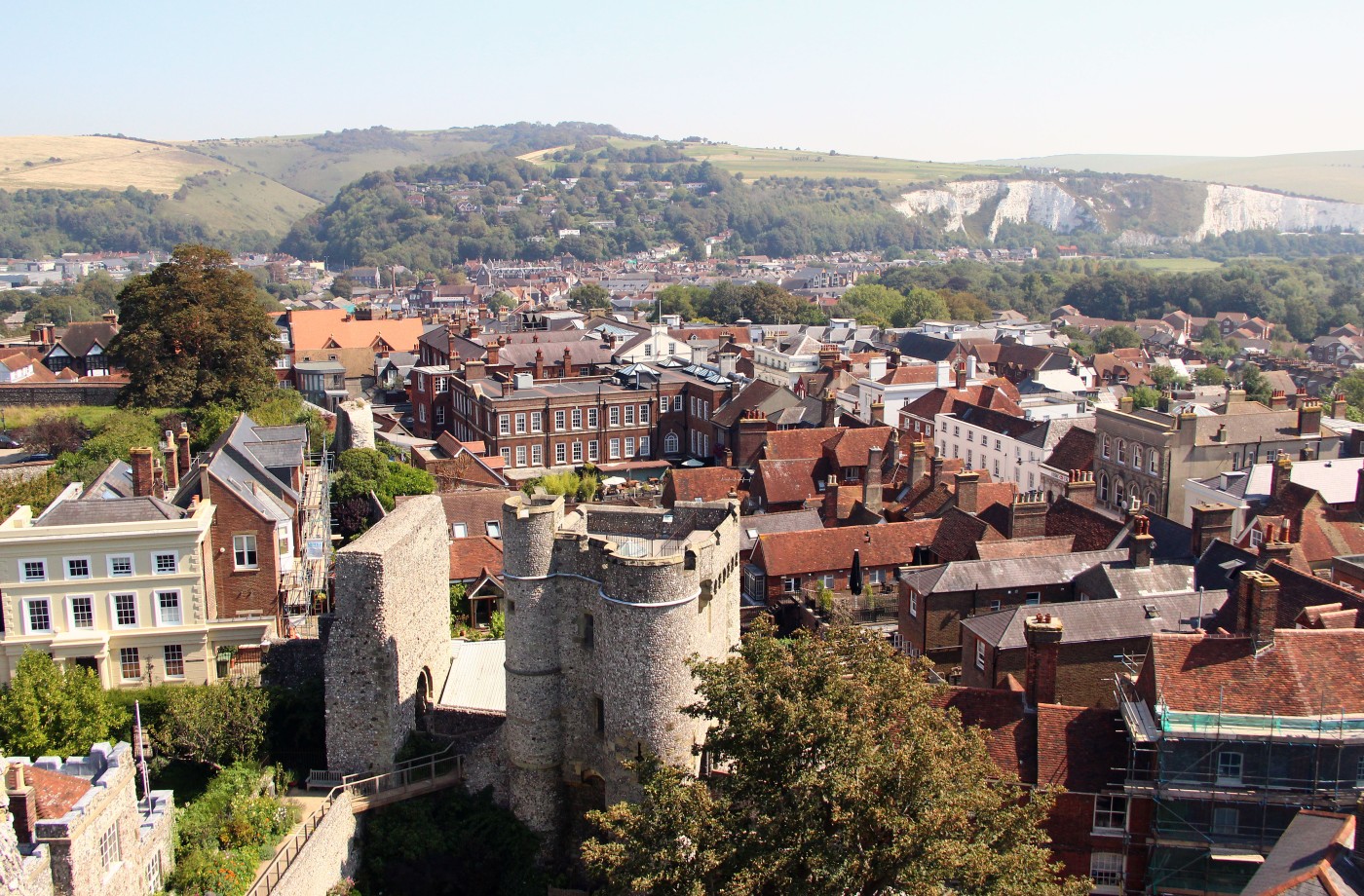 This post is a bit overdue, since I actually visited Lewes in August 2019, however I still wanted to share a little about this beautiful city. Lewes is a former market town located in East Sussex. It is surrounded by the beautiful South Downs and can be easily reached from Brighton, as well as London. It is a city steeped in history with a castle that was built in the 11th century, and a battle in 1264 that left King Henry III defeated and without the crown until his son later won the title back for him. Lewes is a very walk-able city and a few hours there will give you enough time to see some sites and soak up some of that history. We started our visit there by parking downtown by the river and wandering through Southover Grange Gardens on our way to Anne of Cleves House.

Anne of Cleves House was built in the 1400’s and is a perfect example of a Tudor-style home. It was granted to Anne during her divorce from King Henry VIII, however she never actually lived in the house. The building has been restored and it now houses a museum with displays and artifacts from the 15th century.

After enjoying a coffee and a pastry in the garden area outside we then made our way up Keere Street…made famous by King George IV (when he was Prince of Wales) who supposedly drove his coach and four horses down the street to reach Southover Gardens. Considering how narrow this street is, it is rather doubtful it actually happened.

We passed the Fifteenth Century Bookshop, which is said to be the oldest bookshop in England, and then continued along the High Street to the castle.

Lewes Castle, built just after William the Conqueror’s conquest of England in 1066, is a medieval castle. It was built to guard the valley area here in the South Downs. The gatehouse was constructed in 1100 and is one of the oldest parts of the castle, the barbican, or outer gate, was not built until 1336 and was intended to add an extra layer of defense to the castle. There are holes in the top of the barbican…under the small arches…where rocks and stones could be thrown down on anyone attempting to enter below.

An interesting fact is that this castle has two mottes or hills, whereas most castles only have one. The tallest of the two mottes, called Brack Motte, is where the most of the castle ruins are found.

to the houses and hills in the west…

Looking down you can see the bailey, or enclosed courtyard, where craftsmen, such as blacksmiths, would spend their days doing what was needed to keep the castle maintained and the people living within it comfortable.

After meandering around the castle and the grounds, continue along the High Street and find a pub where you can relax and enjoy a pint. In fact, Harvey’s Brewery, established in 1790, is the largest independent brewery in Sussex. You can spot the brewery, situated beside the River Ouse, from the downtown area of Lewes. They have a wide selection of beers that can be found at 45 local pubs throughout the south-east area of England.

I had a great time visiting Lewes, in part because of the fascinating history of the sites, but even more so because of the fact that my English ancestry has such a strong connection to this area. I can’t wait to go back and explore it even more!

Due to COVID-19 restrictions Anne of Cleves House is currently closed, however you might want to check out the Priory Gardens opposite the house, something I still have to do. Lewes Castle is open, with some safety precautions in place, such as one-way paths and face-masks mandatory in the museum and gift shop.